Our Little Athletics Club is a proud member of South Melbourne Districts Sports Club. With first-class facilities at the iconic Lakeside Stadium our little athletes proudly pull on the famous red and white of the 'Bloods'.

The club live up to our motto of 'Onwards to Victory' with many state and regional champions in both Track & Field and Cross Country events.

We compete on Sundays with the season commencing 6th October 2019 and it runs through to the 15th March. 2020.

Please note for the T&F season October 2019 - March 2020 due to the resurfacing of Lakeside Stadium the majority (80%) of our competition meets if not at Lakeside Stadium will be held at Williamstown Little Athletics Centre (Newport Park Athletics Track).

Come and join us for some fun.

See you at the Track!

In the early years our athletes competed on grass on ovals in Albert Park. In 2011 following negotiation with we became tenants of Victoria's world-standard athletics venue, Lakeside Stadium, when it opened in 2011. We are incredibly privileged to have the ongoing use of this wonderful track. 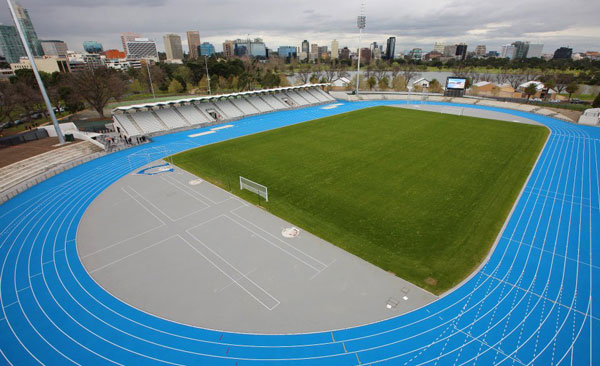